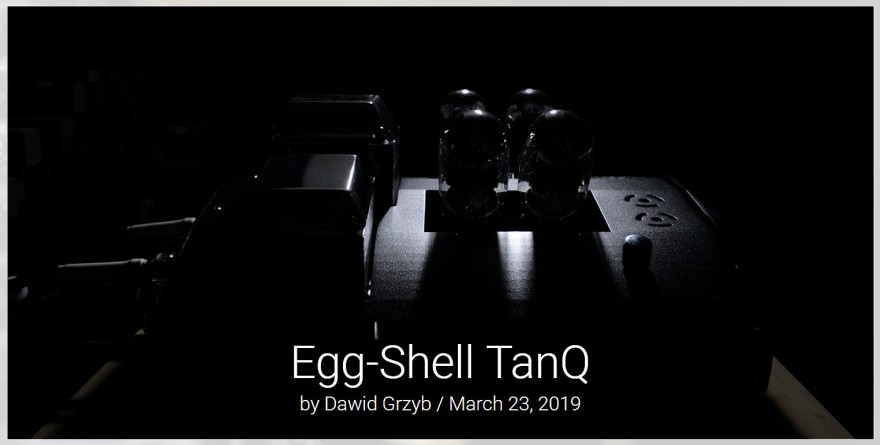 We are delighted to see that review to be published and equally happy with the glorious result of it. We are distributing Egg Sheel amps from the beginning and we always loved them for their Sonics and an innovative aesthetic approach, including their Prestige RCX GYRO remote. Here the TanQ, the latest and the greatest they build till date and HiFi Knights, tend to agree with us on that. More of that, to expand a potential that amp possesses we supplied a quad of KR KT88 tubes for that test. In our opinion the best currently made KT88 on pair with their famous G.E.C predecessors, if not even better in certain aspects, oh yes, the life goes on. We also supplied the best noval valves we got here in the drawer. Those sadly must be hunted NOS, due to current offerings are not even coming close. All effort to show how much more this amp is capable to deliver if only have a chance given by being wearing the best glass available. At the end of the day lucky owner will go for that, no doubt. 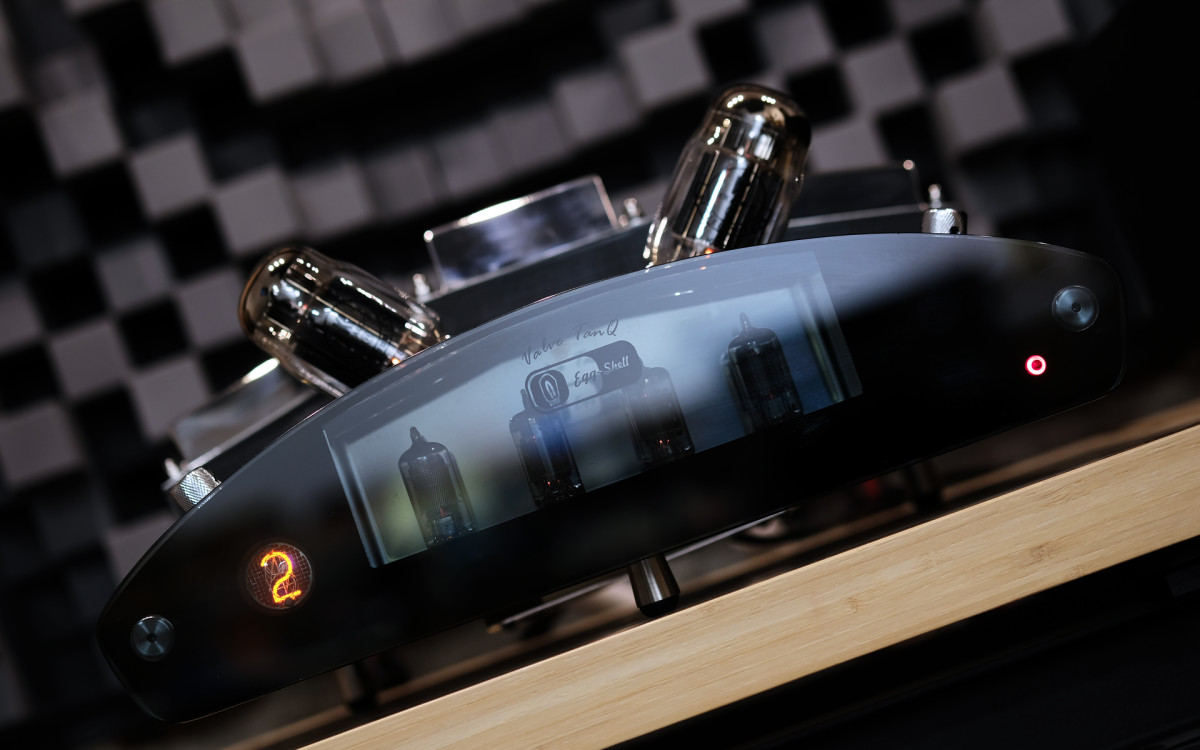 Let’s see what Dawid’s finding about are alike then. All the pictures used in the review and our re- print are as always made by Dawid himself and as such are remaining his courtesy. Check them all and read the whole write up here. Below, as always we have some highlights for you 😉

” … Egg-Shell TanQ is a fully analogue integrated valve amplifier free from any digital shenanigans. This purist affair is quite similar to Ayon’s Scorpio deck reviewed here several weeks back, but common denominators between both amps don’t end here. TanQ is a single-ended pure Class A machine based on four KT88 valves in total; two per channel in parallel, fixed in the triode mode. As far as specs go, this deck’s outputs deliver 20wpc into 8Ω, its FR starts at 20Hz and goes up to 20kHz (+/- 3dB) …. ’s very clear that Egg-Shell TanQ is not a regular looker. Truth told, all products by this local audio establishment ain’t, but its latest effort upped the ante significantly on this count. Variety is the spice of life, innit? Krzysztof responsible for TanQ’s visuals wanted to create something pleasing to the eye, distinctive enough to be labeled as original and these goals he achieved if someone asks me. In a way, today’s hero looks like a regular valve deck; it’s loaded with glass, sports naked transformers and is sufficiently big and heavy to be viewed as serious…. “ 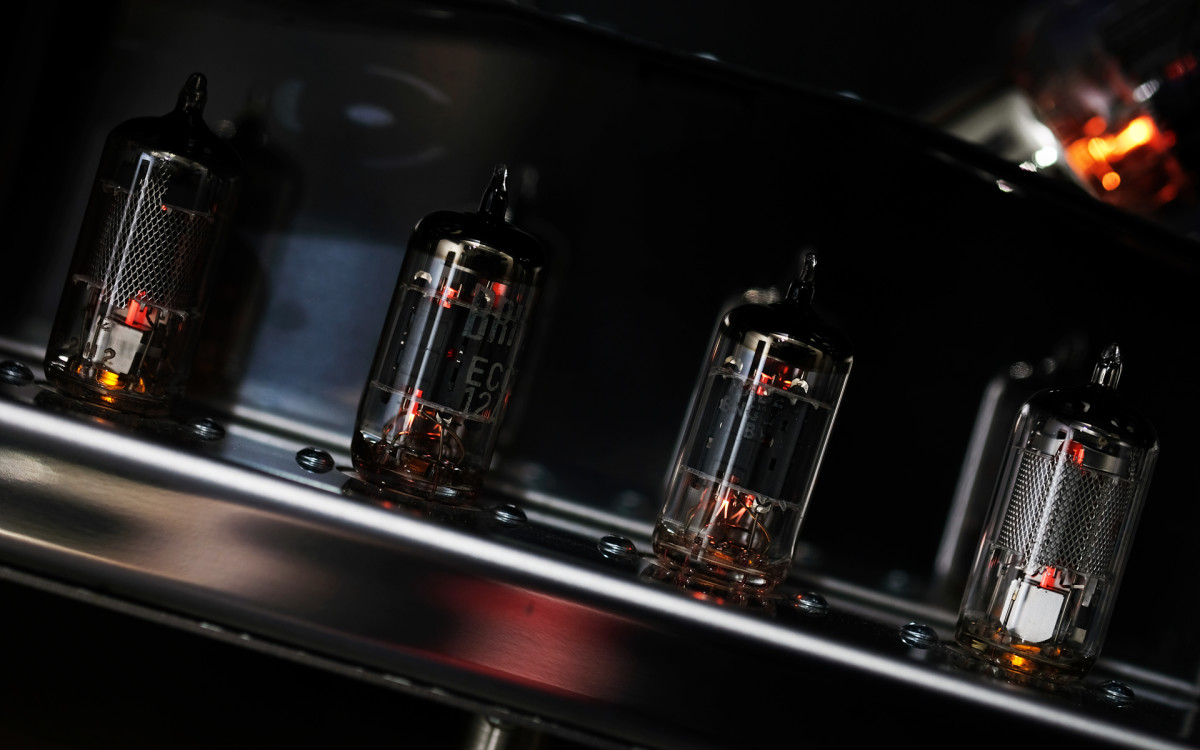 ” … The very first thing addressed was TanQ’s compliance with the W8, even though this experiment didn’t make much sense. 20wpc intentionally used with the Swiss? Now that was far from reasonable, the Ayon as a significantly more powerful 30wpc triode affair didn’t make it after all. That’s why it’s fair to admit that my expectations towards the TanQ/W8 combo were truly minimal at best, however the Polish machine sounded far different in comparison to the Austrian set as a triode. The result with the latter on duty suffered from all naturally big sound sources even bigger and served in flatter, quite constricted space, which was rather unusual with the inherently spacious W8. … The effect? A patient heavily sedated and barely conscious yet obviously happy. A person smiling this widely has to be in a very colorful place, but exclusively with minimalist music based on female vocals and served at low volume. Once this was on, that’s where the TanQ took me, I was the lucky patient…” 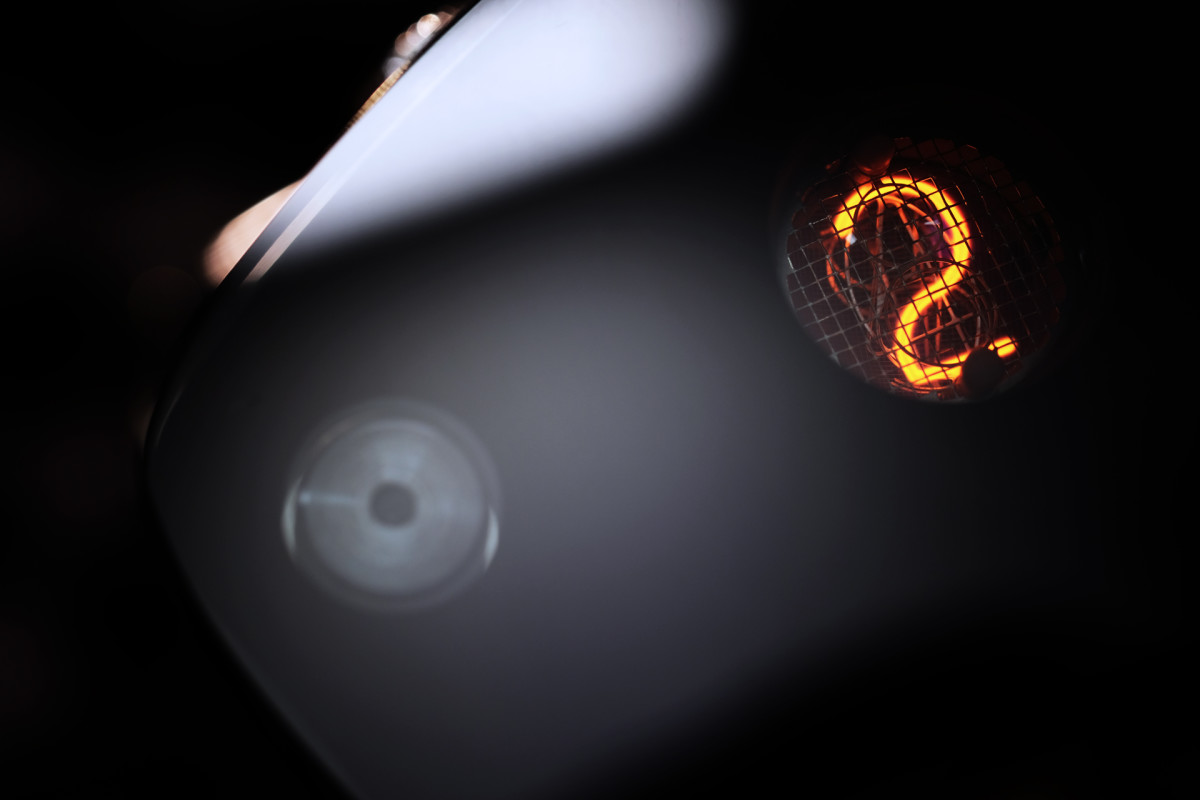 ” … The TanQ on the other hand delivered the full package; very big, clear and present picture full of layers, a spot on contour-to-filler ratio and topped these via very direct material voice of everything aligned in the closest line to the hot seat….Time spent with Egg-Shell TanQ under my roof I consider as thoroughly enjoyable since day one. This fine example of local small scale manufacturing proved me that Krzysztof and Andrzej Grabowscy not only developed something unique yet again, but have been constantly faithful to their own path established years ago, which is admirable … Egg-Shell TanQ also delivered where it counts the most. Its clean, insightful, engaging, pleasant and feisty voicing with high efficiency dipoles netted truly respectable result. I couldn’t say how much of it was due to KR Audio KT88 valves on-board, but that’s of no importance now. What is, is the fact that Egg-Shell’s latest sounded very good at my place with this specific glass and Swiss company tailored to complement it in proper fashion. But most importantly, this visually unique, honestly made and accordingly priced performer was made with just the right mindset involved and it shows …. “