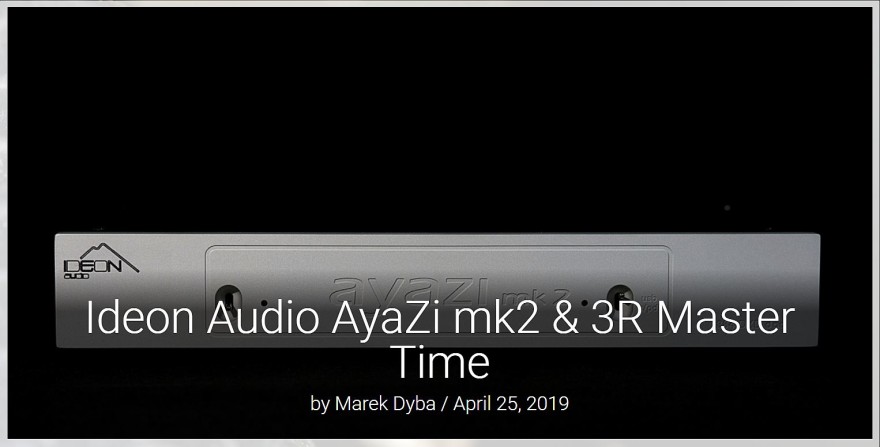 While that’s usually a good news for end users who can choose among hundreds, maybe thousands of variously priced devices, some might feel overwhelmed with such a big number of possible choices. Let me try to help you a bit and point you to probably not so well-known, but definitely worth getting to know brand from Greece – the Ideon Audio.   –   Marek Dyba

Hereby, we are proud that we can present you the following review 🙂 As a double bill is should be interesting and helpful doubly too, I have got no doubt about it. 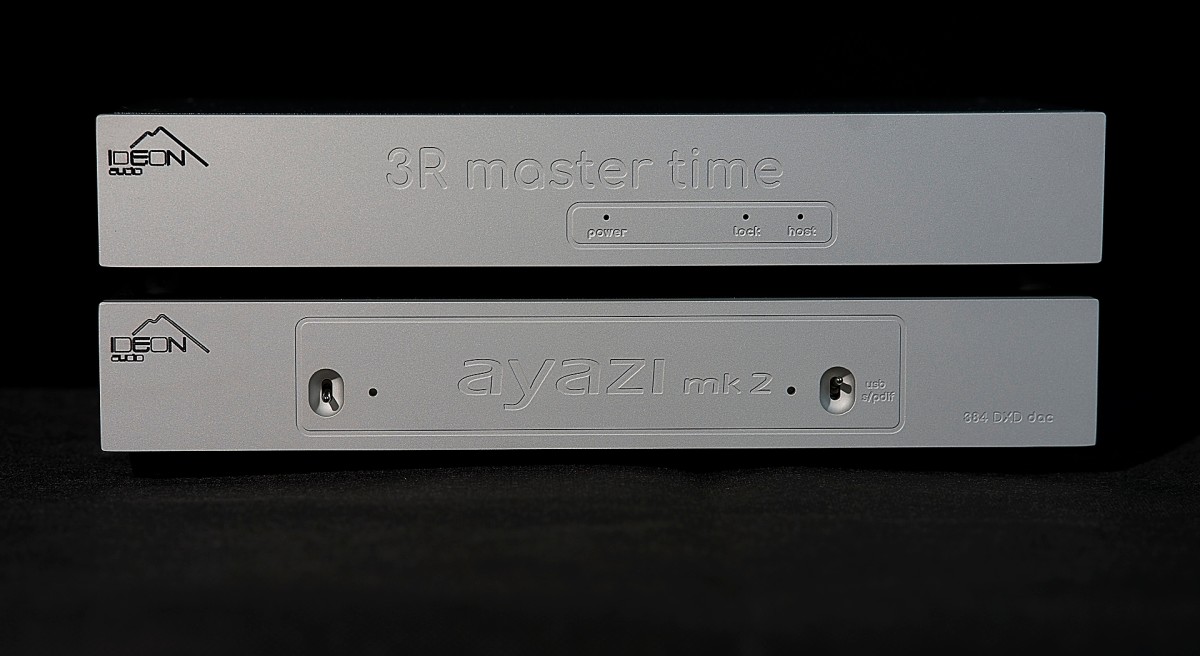 ” … From my perspective of a first and foremost music lover that’s what I would like to hear from all audio manufacturers, because what we all look for is as realistic, as immersive musical experience as possible, right? At least that’s what I look for.A visit to a company’s website revealed, that as for today the lineup includes two D/A Converters, two USB re-clockers or as manufacturer calls them – USB conditioners, and linear power supply for the smaller of the latter. It seems that also a music server is coming but there is no time frame given for it. As you can see within a relatively short time this Greek company has managed to develop an interesting portfolio focused around playback of digital music, particularly one played from music files. Some of their products have been already upgraded to mk 2 versions which proves that the work they do continues all the time, that they keep working to deliver even better experience to their customers. Ultimately, Ideon Audio decided to send the above mentioned 3R Master Time re-clocker along with another D/A Converter from their lineup, their basic model called AyaZi mk2. These two devices share almost identical, same-size chassis so make up to a really good looking system. … “ 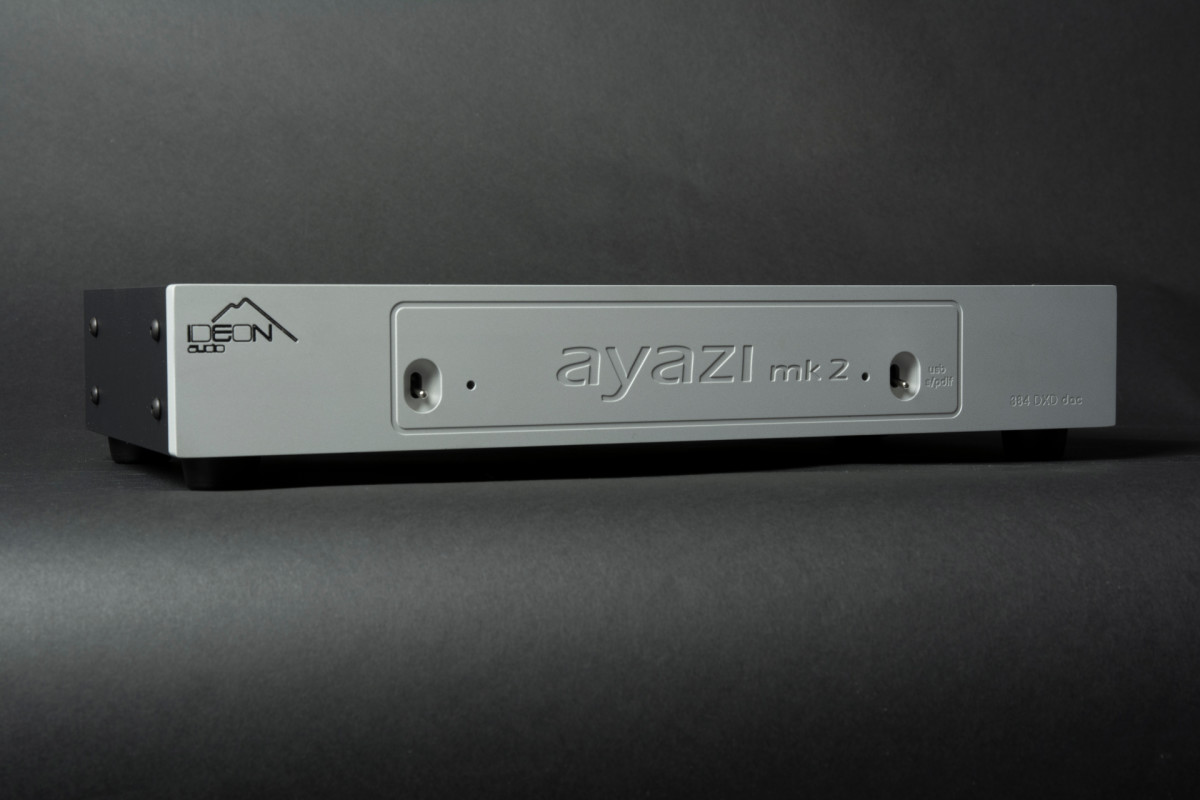 ” … As mentioned before, for me it is the musical experience that matters most, and you can get amazing results in this regard not only from hi-res files, but even from high quality 16/44 ones. The AyaZi mk2, as promised by its designers, delivers quite an impressive performance. Sometimes switching from my 9 k EUR LampizatOr Golden Atlantic to significantly less expensive DACs, at least at first, is quite a discouraging if not painful experience. But this time was different. That is not to say, that both are equally good – I could hear why my DAC costs way more – but that the AyaZi mk2 did a really good job, to be honest, better then expected from a less then 2 k EUR DAC. It is quite resolving, pure and transparent sounding device, yet naturally warm and musically involving. With some not so expensive DACs I can hear some „nervousness” of the presentation caused by digital artefacts and/or timing problems, but not with this Greek converter. The sound was calm, refined and orderly, but if you think it means it lacked in terms of energy or dynamics – think again. Some rock and blues albums proved that drive, PRAT, nicely extended, well defined, powerful when needed bass, were definitely among numerous qualities … “ 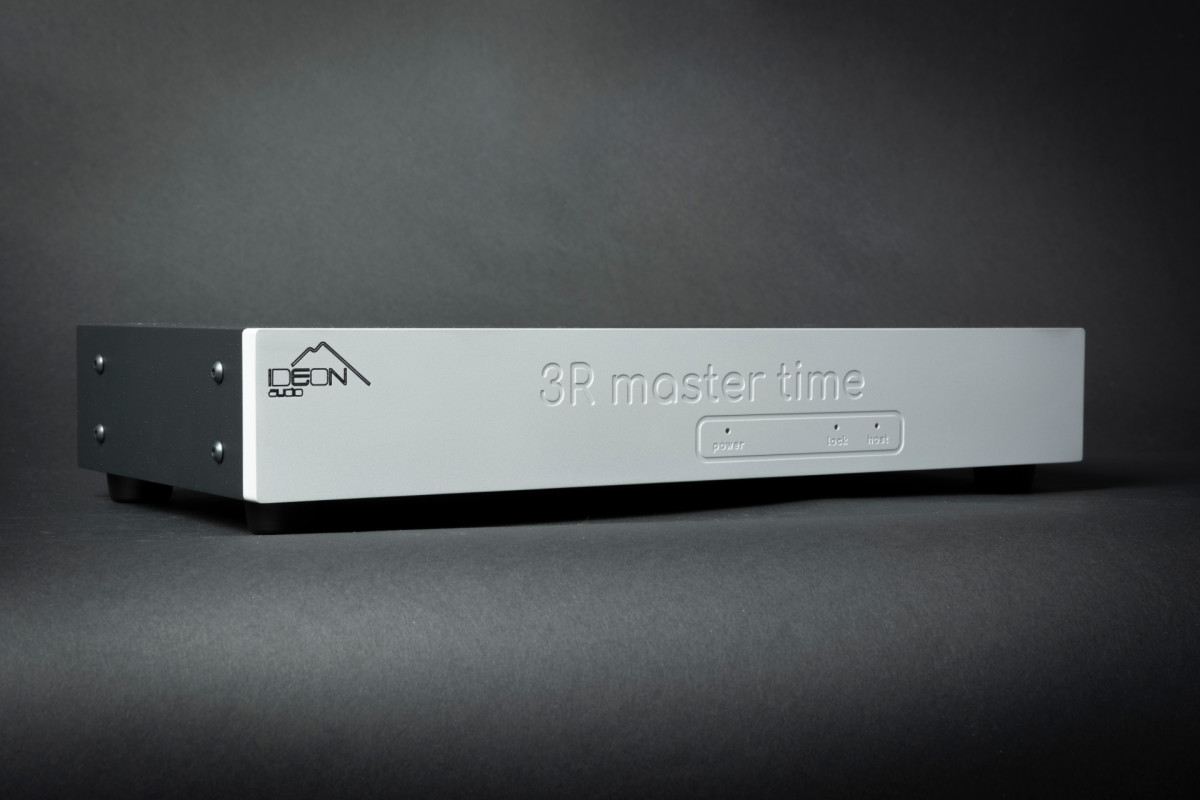 ” … The 3R Master Times’ job is, as stated by the manufacturer, threefold. It “redrives”, “reclocks” and “regenerates” the USB signal. Adding it between LDMS and AyaZi mk2 went smoothly – no software or hardware problems […] Even though, after the presentation of 3R’s capabilities during the Audio Video Show, I knew more or less what to expect, after maybe 10 seconds of the first track my jaw dropped to the floor, so to speak. The difference is simply stunning. It is like replacing a DAC with another, much more expensive one. First of all, it proves how important the quality of signal sent to DAC via USB is – it’s not just zeros and ones. Secondly, it strongly indicated, that 3R Master Time is exactly what its name suggests – a Master in improving USB signal. So what exactly did improve with it in a signal’s path? Well, literally everything. Without it AyaZi mk2 already stood out among other 2-4 kEUR DACs I know. With 3R Master Time, while their combined price was still only a half of my LampizatOr Golden Atlantic, it wasn’t so obvious anymore, which one sounded better. I mean, my (tube) DAC still had some advantages, for example, it delivered more palpable, more three-dimensional performance, and female vocals were still more intimate, sexy. But the Ideon Audio setup sounded purer, more transparent, more orderly, also more dynamic, and it had more punch. For half the price it was able to offer a competitive performance to my DAC … “ 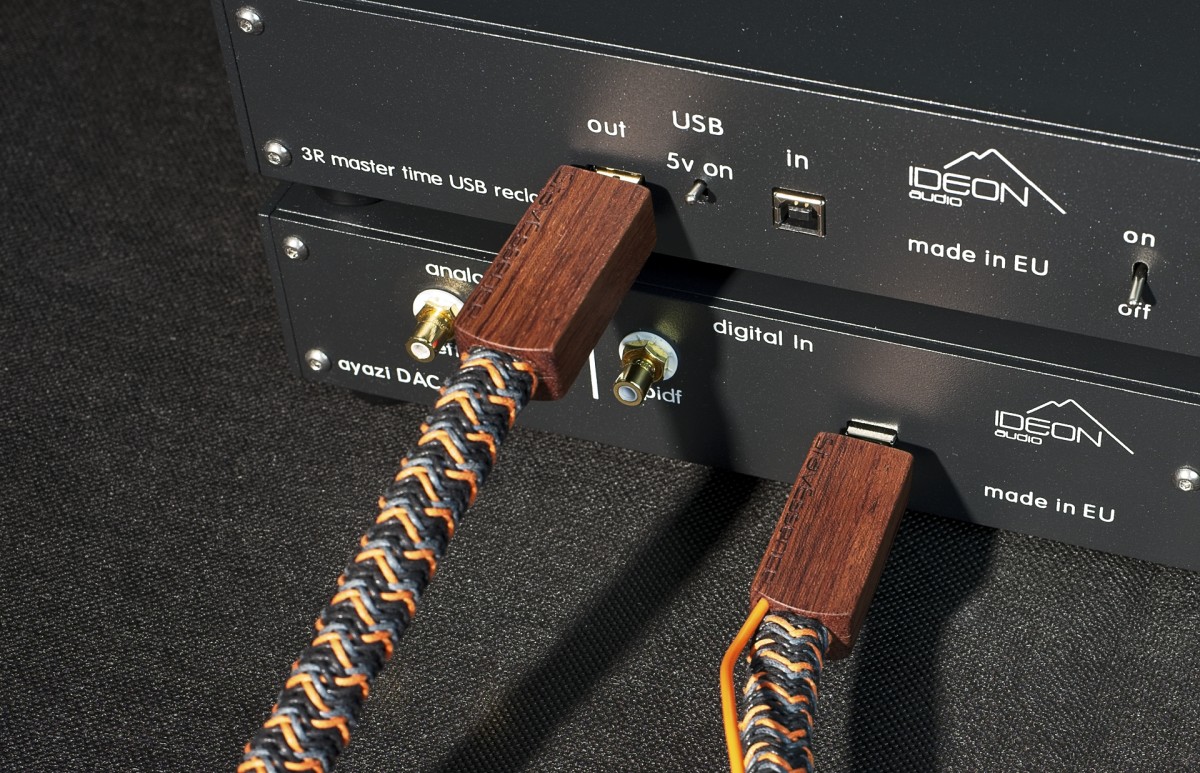 ” …  The obvious question was: could 3R Master Time have as significant impact on the 9 kEUR LampizatOr’s performance? Because if it did I would have to consider it a potential valued addition to my reference system. I had to try […] This time other sonic elements attracted my attention first. Individual sounds were better pronounced, the sustain and decay phases (which was particularly clear with, for example, piano) seemed clearer and lasted longer. There was more air in the sound that was more open and spacious (soundstage seemed even deeper with 3R) and instruments were more palpable, present. Enhancing these particular features for already excellent in these respects tube DAC was an impressive achievement. While the re-clocker enhanced bass performance – it was better defined, slightly deeper, with a more immediate attack, it did not change its overall character. It was still slightly rounded/soft, with not so clear cut leading edge – it’s a tube DAC after all, and I love it for it. I’m not sure if I would like it if the Ideon Audio device changed it. But it didn’t, it did enhance bass or improve it, but sonic character remained untouched. …”

” … So if you’re looking for a DAC that is simple to use and focused on achieving maximum performance from USB and coaxial sources, that’s a proposal you should seriously consider. There aren’t many other D/A converters I know with such a good price/performance ratio simply because the performance part of this calculation is way beyond what one expects at the price level. Having said that, I must admit, that the 3R Master Time is an even more impressive device. Combined with AyaZi mk2 it bravely competed with twice as expensive DAC, even excelling in some areas. When used with the latter, that I believe is a truly remarkable device, it still managed to significantly improve its performance. Actually after this experience listening to my DAC without the Greek USB re-clocker became a somewhat less attractive experience. The two sessions with flagship converters from Mytek and LampizatOr further proved, that the 3R Master Time is able to improve performance of (probably) any DAC, no matter how expensive. …”

For Full review, please follow the Link.
All pictures are courtesy of Marek Dyba. Thank You Marek for excellent recognition performed with those products.