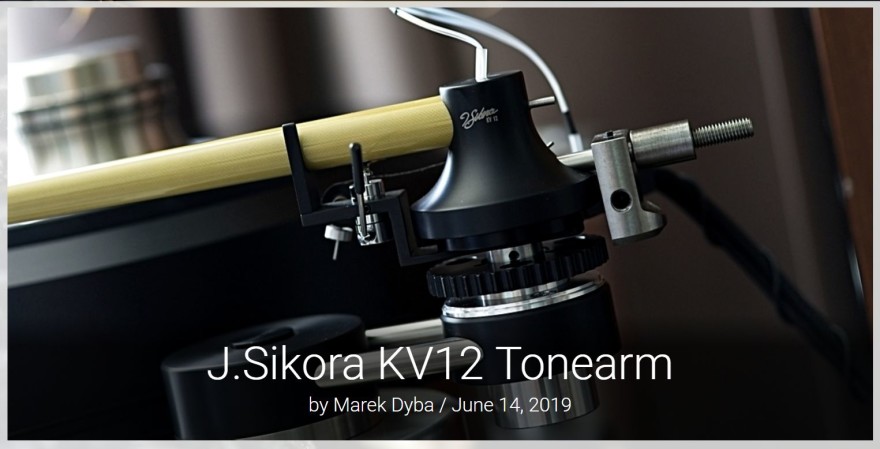 Long awaited review on the new KV12 Kevlar Tonearm designed and manufactured by Mr. Janusz Sikora , the Gray eminence of the Vinyl World in Poland, who’s well deserved fame is now going far beyond the country boundaries, is now on. Written by Our Guy in the Vinyl Underground, Mr. Marek Dyba of HiFi Knignts. It’s been a great pleasure to us to trace his thoughts on that subject as well as the tonearm development. Enjoy reading this report and do not miss your opportunity to listen to it  due OUR UK premiere for the KV12, during the Cranage Audio Show, following the official Worldwide premiere which took place this year in Munich. 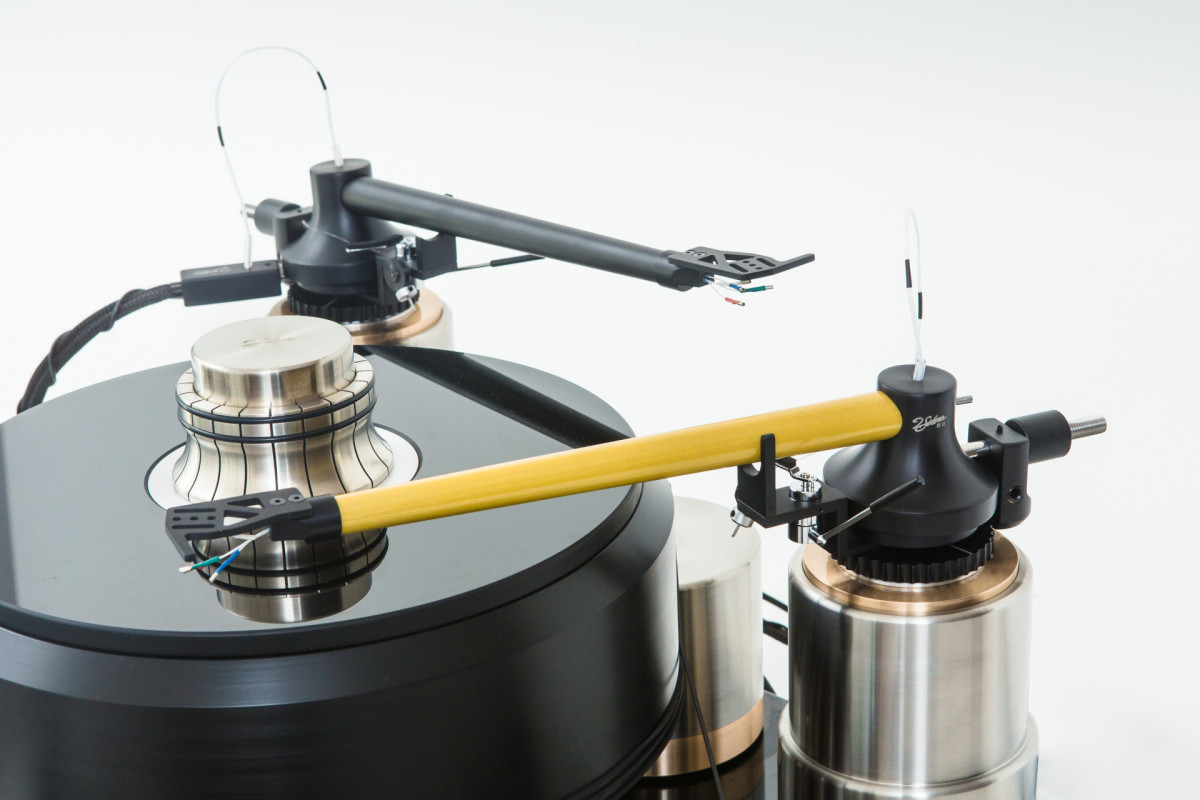 “ … When I heard about it on the phone I was a bit sceptic at first. Mr. Sikora explained that it was a perfect material for this purpose – very light, yet rigid and resonance free. And obviously durable. The development process was very painful, as he told me. The idea was great, on paper it looked fantastic but when it came to actually making the tube for this arm… well, since kids might read it let me just say, that Mr. Sikora, who is a very nice, calm man, lost it many times and some words I heard from him regarding the production process definitely can’t be published here. But he overcame all the challenges and as a result we could see, touch and listen to the prototype unit during the Show. Sure, no show is a place for proper audio product evaluation. And since it was a working prototype it was also obvious that make & finish were not perfect. Yet, I was delighted and so were many people from around the world who crowded the Sikora’s room and asked million questions including they key ones: how much does it costs and when will it be available... “ 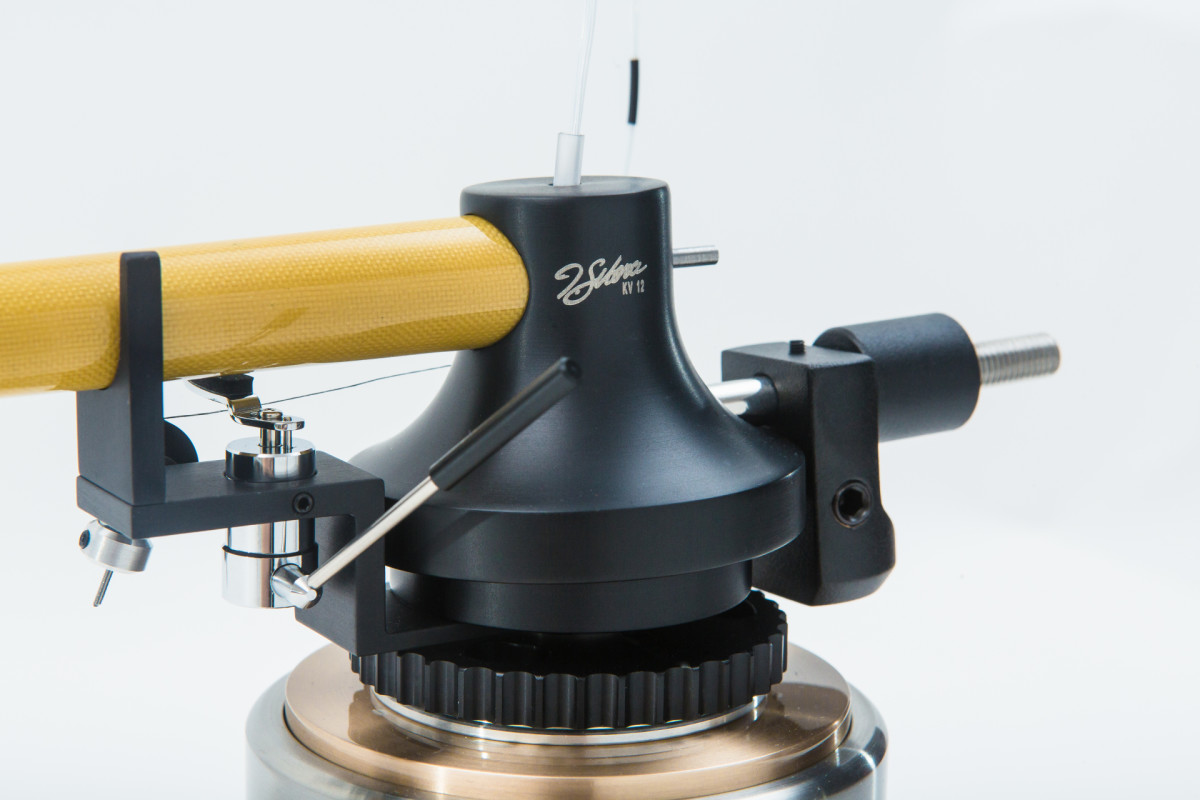 ” … The J.Sikora KV12 is a 12’’ oil-dampened unipivot tonearm with an effective length of 304,8 mm and effective mass of 13g. The make and finish are impeccable. It features a flat, metal headshell with elongated slots that allow user to move a cartridge along while setting it up. Same as in the J.Sikora’s deck, also here designers decided to use a combination of several materials to achieve ultimate performance. The tube is made of Kevlar, and as far as I know it is the first tonearm ever utilizing this material. It is supported by several metal elements made of aluminum, iron cast, bronze and stainless steel. The internal custom mono-crystal silver wiring was custom-made by another renown Polish manufacturer, Albedo. It is a single piece wiring from cartridge pins on one end to RCA connectors on the other. There are two counterweights. A bigger one placed close to pivot point allows user to adjust azimuth (using a single, easily accessible screw that ones screws in or out). And there is another, smaller one – the one that was replaced a week after the arm was installed on my deck. It is a metal cylinder with the threaded hole along its longer axis. Using such alignment allows for super-precise VTF adjustment. In the box one finds another counterweight (smaller or larger depending on which was is installed) which may come handy for lighter or heavier cartridges. There is also an anti-skating with a very small, very light weight on a thread (it’s all that is needed for this arm). Last but not least, there is an element that took a very long time to developed and that is actually the most expensive part of the tonearm – the on-the-fly VTA adjustment. …” 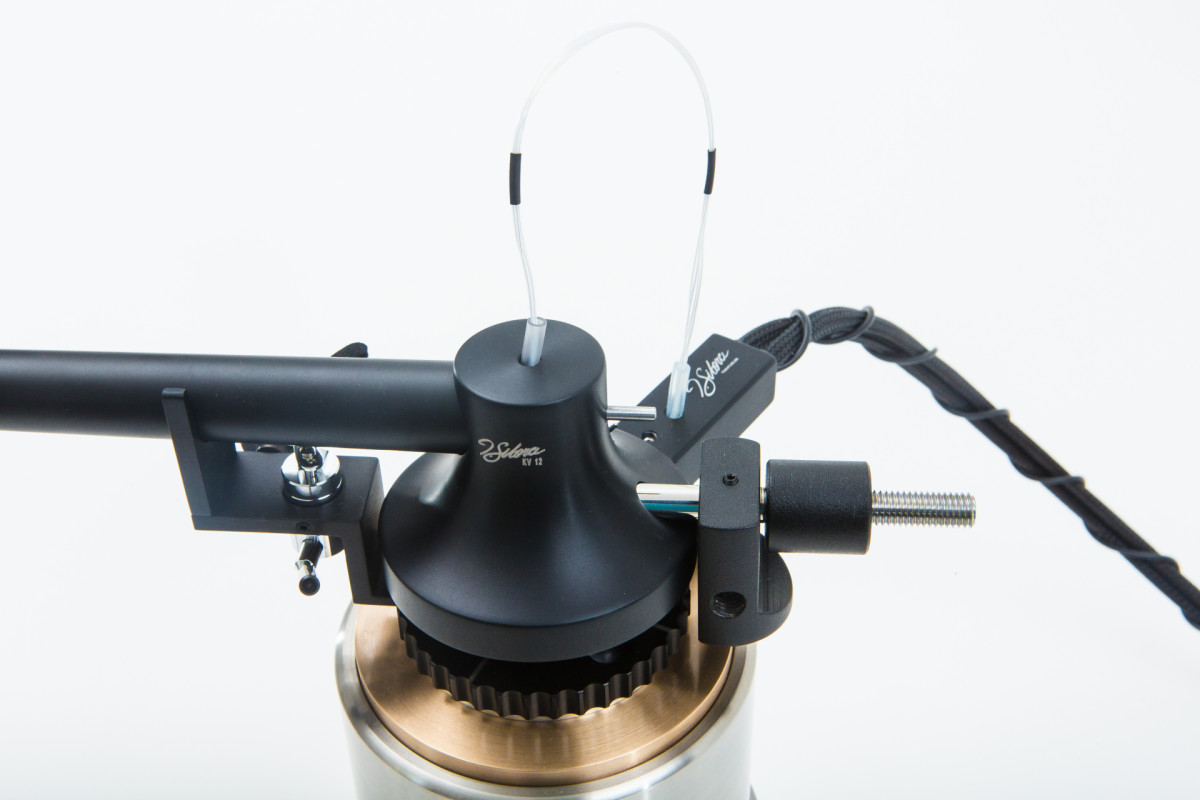 ” … There was one last unturned rock (in terms of nitpicking for any soft spots of this incredible tonearm), the ultimate test – classical music. Well, I’ve already mentioned the Michel Godard’s take on Monteverdi, that sounded absolutely remarkably. Not only because the space of Noirlac Abbey was so convincingly reproduced, but also because of the such a convincing, natural, organic sound of all instruments, not to mention the absolutely sensational singing by Gavino Murgia. Supported by the AirTight PC3 the J.Sikora KV12 retrieved every last piece of information so skillfully recorded and transferred to the vinyl record by Dirk Sommer and Birgit Hammer-Sommer to create a breathtaking experience. Listening to many of my favorite operas was an equally touching experience. Not only was the KV12 able to reproduce them with proper scale and momentum, spacing and imaging, but also in a remarkably expressive way. It’s the emotions that make operas so incredibly beautiful experiences. The reviewed tonearm did and outstanding job not only reproducing the recordings, retrieving all the sounds, all the details from them, the music and voices but also, maybe even most importantly,  by making the performance as much musical as theatrical. And it all felt so effortless that I was able to listen to three full operas in a row And still crave for more …” 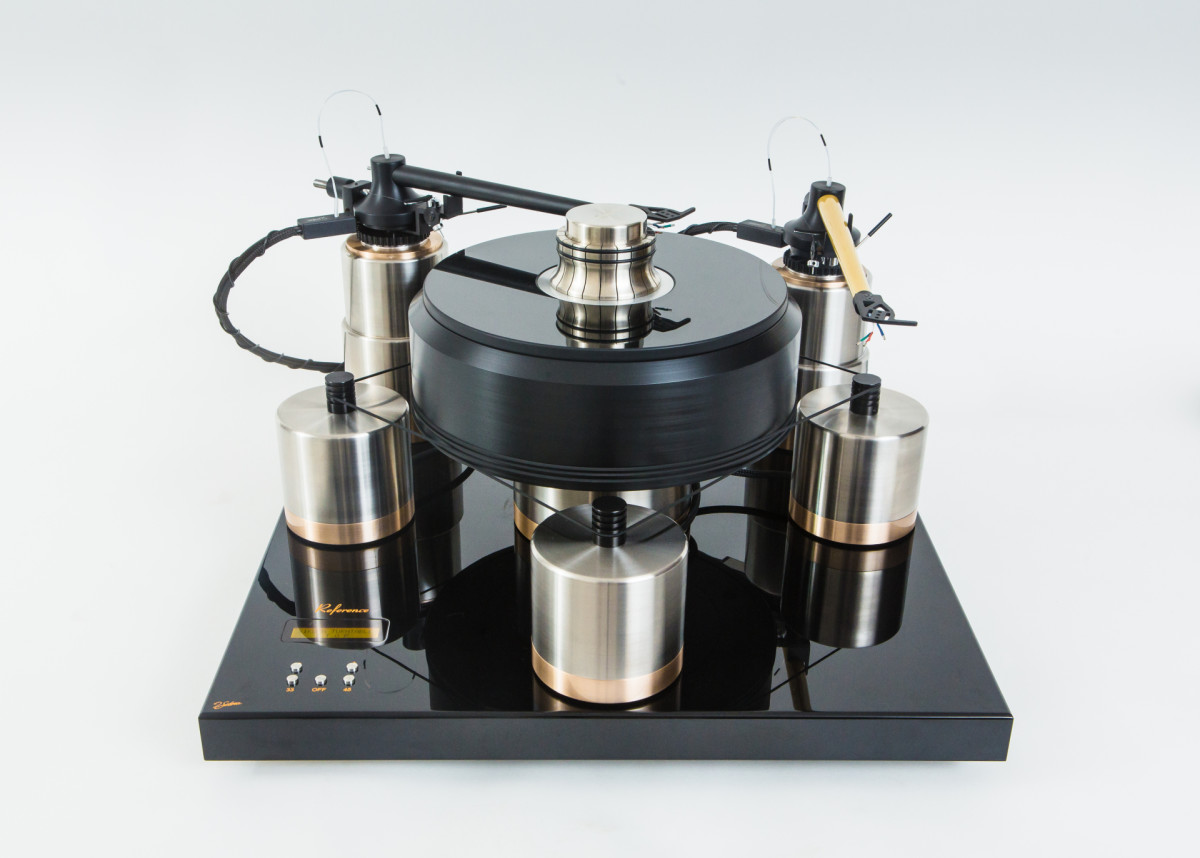 ” … I suspected as much already after my first listening session during the Audio Video Show in Warsaw, and spending few days with the prototype in my room confirmed it – the KV12 is an excellent performer. Yet, I was still wowed by the absolutely outstanding performance of the final version of the J.Sikora tonearm. I replaced one remarkable performer (Schroeder CB) with another, that was not that much more expensive, yet its positive impact on the performance of my system was huge. The Polish arm turned out to be more resolving, more dynamic, more accurate. It delivered better timing, more immediate and clearer attack phase and longer decay. It turned listening to almost every record into an engaging, truly soul-touching experience. Whether it was a classical jazz trio, rock band, or orchestra, the KV12 was able to convey the almost live-like energy of music, even the tiniest details captured in the recording, and also the wealth of emotions hidden between the notes. Long story short – the J.Sikora KV 12 Kevlar tonearm took my whole system to yet another level allowing me to enjoy my beloved music even more, in a more convincing, engaging, visceral, tangible way. And it did it better than any tonearm before it. Those who love beautiful objects will also appreciate the design, make and finish that are of absolutely top quality. The KV12 not only fully deserves our Victor Award, but I also plan to keep it in my system – it’s just way too good to let it go …”

Thank You Marek for such a detailed, precised and dedicated approach to the subject and the Music per se.

All pictures are Copyrighted Images of J.Sikora Turntables.