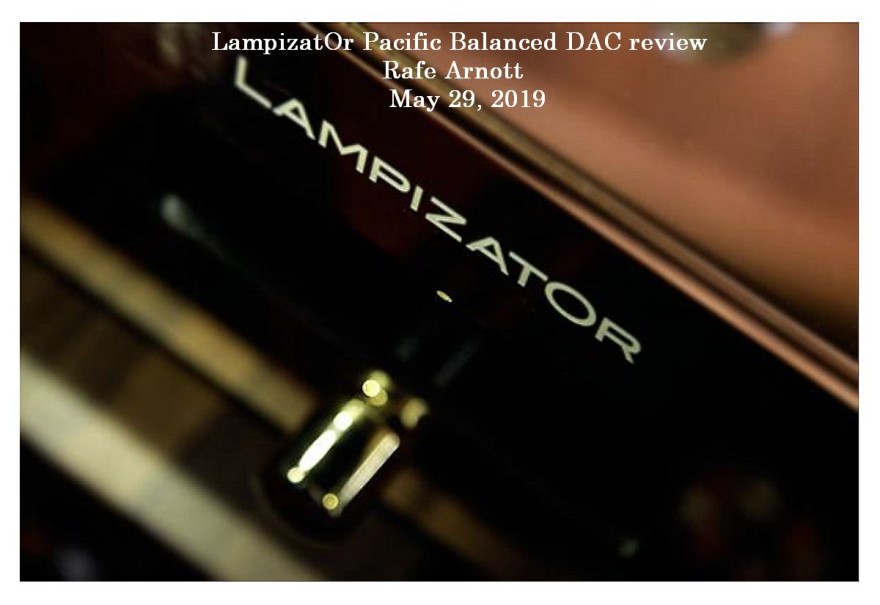 We are delighted to find out and share with you the latest review of  Lampizator Pacific DAC, the balanced option. The words which an author,  Rafe Arnott used, describing Frank Sinatra’s voice at the opening chapter are simply saying all to Us. Nothing more can be said. As we do live with this DAC daily we can only agree and sign ourselves under this description with our both hands, just as many customers who trusted us could as well. Enjoy your reading and feel free to get in touch if you like to listen to the Pacific, arrange a demo or lone it to take home.

Just say the name out loud in mixed company and you’re as likely to find those who worship the man’s lyrical abilities, legendary phrasing and stage presence as detractors who saw him as arrogant, political and overblown.

I’m in the former camp and could care less about his personal life or politics – I’ve fallen for his voice since I was a kid and my mother would drop the needle on one of the two-dozen odd Sinatra albums she had slotted into the stacks of my father’s 2,000-plus LP collection.

Like an eagle in my mind, Sinatra’s voice floated preternaturally above all else on every recording that I heard him belt out. That recollection as I sat in front of my parents turntable as a child is forever impressed upon me. Perhaps it’s just the way he’s recorded, but there is a way he’s supposed to sound to me that’s locked into my aural memory and when I hear him played back right it’s like the rangefinder cross-images of a Leica snapping into focus: CLICK he’s right there staring back at me through time from between the loudspeakers.

This ability to present the 3D-image of a recorded vocalist like Sinatra in a startlingly realistic spatial and timbral manner was one of many initial sonic impressions of the LampizatOr Pacific Balanced DAC that, like harshly-lit craters on the lunar surface when viewed at night from Earth, stood out in bold relief to me compared to other DACs I am familiar with  … “

Read full review under the Link.