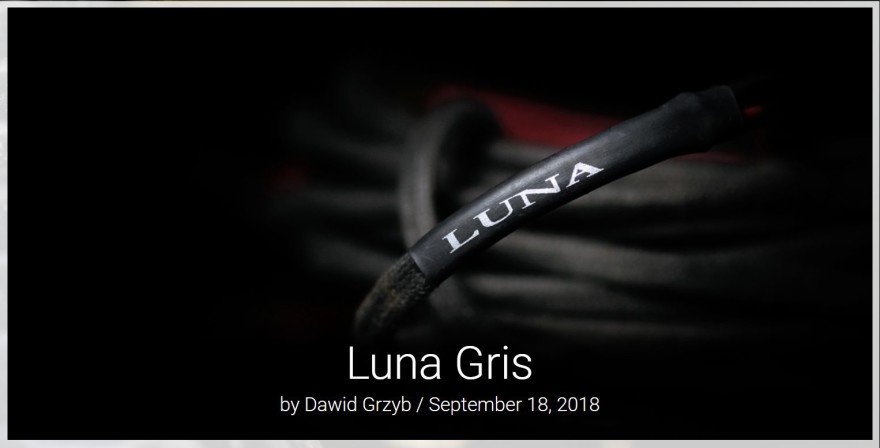 The Canadian Luna Cables manufacture became operational not too long ago and showcased its products in two very well sounding rooms during this year’s High End event in Munich. That’s how this reporter’s curiosity arose and several months later Luna Gris has arrived. Enjoy! 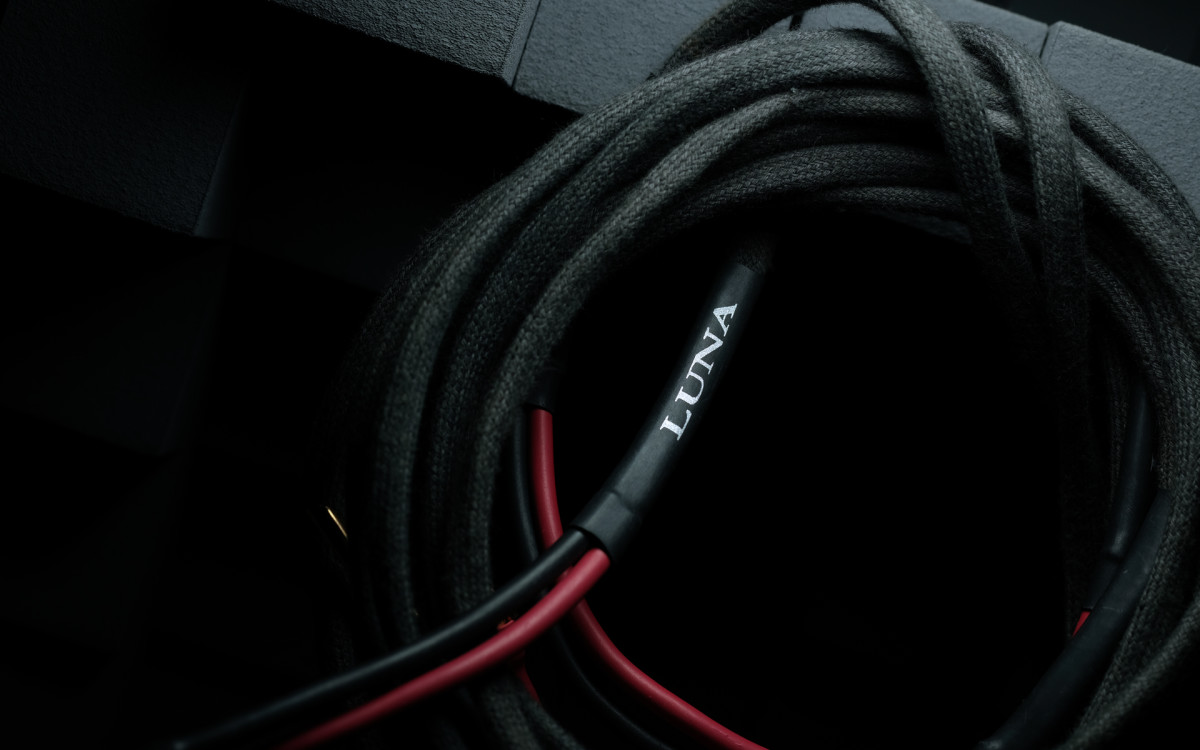 ” … The Luna Cables portfolio consists of five differently coloured series in total: Gris, Orange, Mauve, Rogue and Noir. These are occupied by the usual suspects; power cords, speaker cables, interconnects and some digital models. Along with the colour change the price doubles, which makes the offer understandable and transparent. The Gris family is the most affordable one, Noir sits at the other end and the whole range is very wide price wise. This review’s hero can be easily labeled as priced perfectly sanely, whereas the 16 times more expensive black leash of the same type and length is anything but. Yet the wallet shattering experience kicks in rather late and the offer starts gently. That’s smart. …” 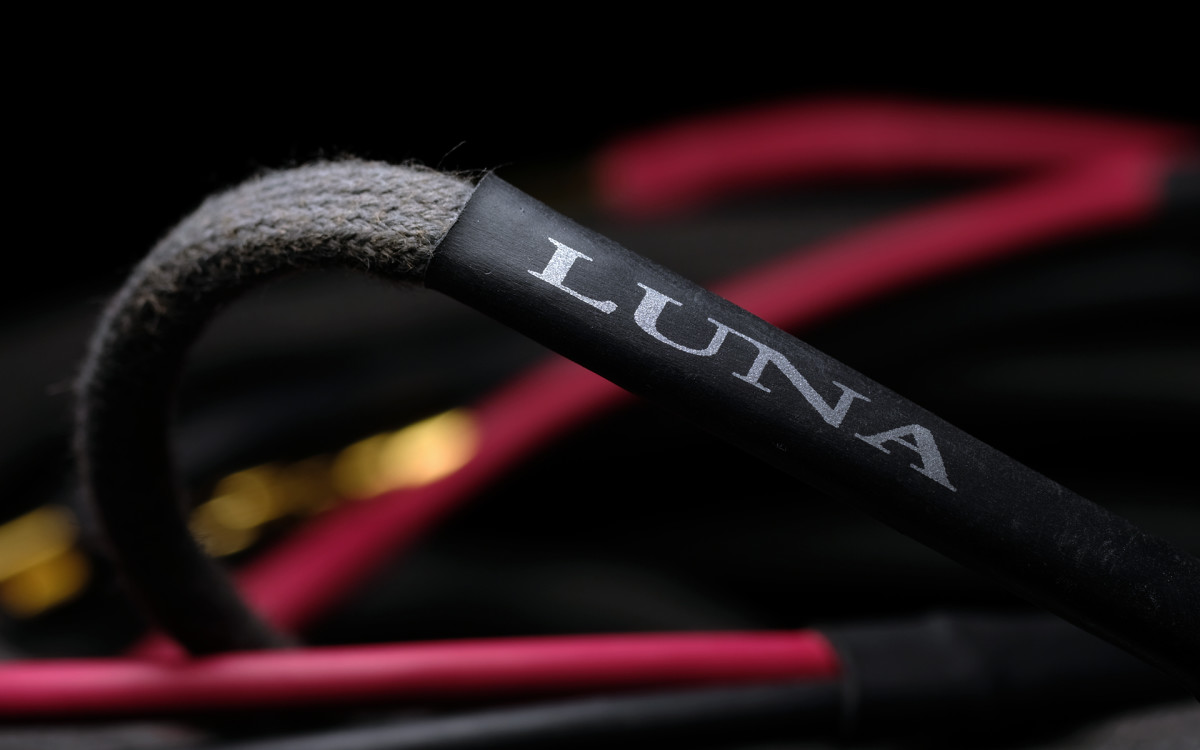 sound description:
” … The short on-site description of Luna Gris might be seen as quite the universal and not really revealing one. This product’s performance described as natural, organic and transparent many people would see as generalized marketing fluff and rightfully so. To follow in this vein, yours truly has nothing against this universal and very much safe route as long as a given product’s performance backs it up to at least a degree. Here’s where things get really interesting as Luna Gris with its character fits the description quite well, though we aren’t there yet.[…] For a number of reasons Luna Gris sounded very posh at my place. This Canadian leash wasn’t gaish but very smooth instead, not a hint of harshness or grain I’ve heard. It rounded the outcome, took the edge off and had its upstairs slightly trimmed. In comparison, my reference cable by Audiomica Laboratory was more lit up, lighter, it expressed shorter decay and in general was the hotter one on the very top. After several hours of back and forths between the two, not even once the Canadian screamed and its gentler and more suave attitude impressed me very much. The Gris had highs darker, denser, longer and prettier, whereas its rival served these in shinier, more pronounced and informational fashion. …” 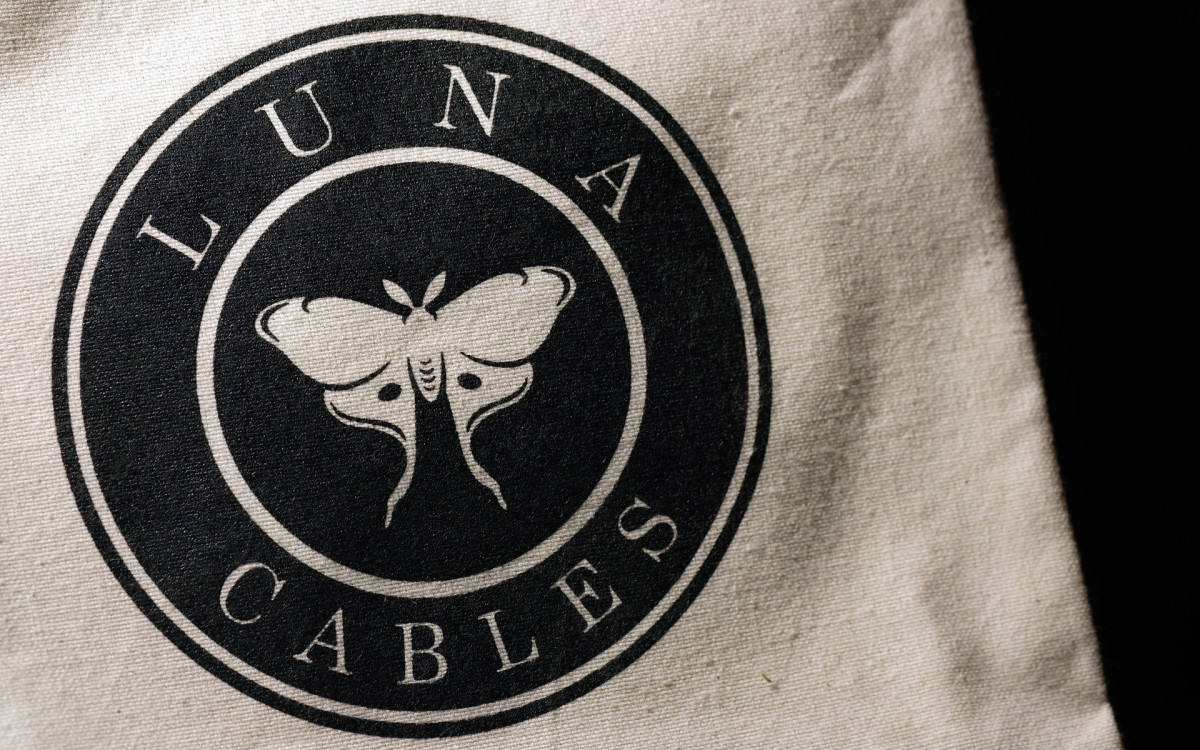 summary:
” …  Not only Luna Gris sang majestic, but it also made the outcome surprisingly wide and both left and right borders it slightly pushed forward. Imaging of this sort usually I’d find odd, though Danny’s cable sported strong mid-band with sensational presence in-between both speakers, which equalized the effect as far as the very first row of musicians and instruments went. On this count his product I fancied far more than my less direct and not as vivid daily driver. Luna Gris also impressed me with its bass; impactful, controlled very well, with sufficient reach, not boosted in its upper parts and always calm. There was no reason for me to complain, for the money not a single one. “ 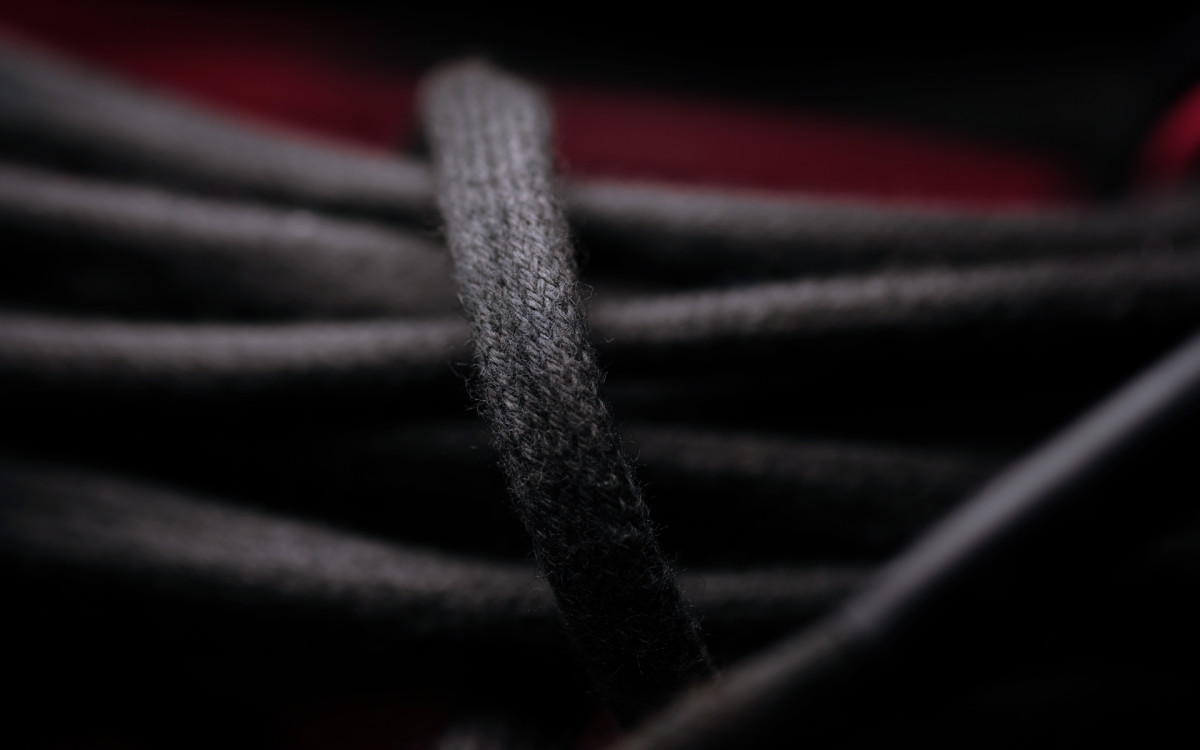